Push your limits on this extreme dry caving adventure through hidden parts of Ruakuri Cave. 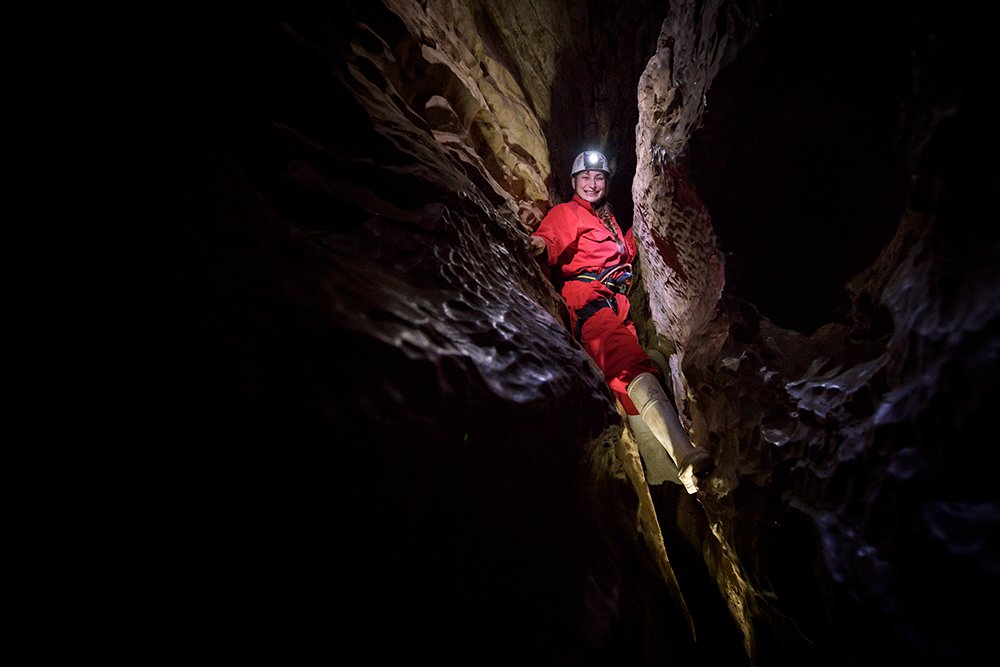 Meals
Not included
Not available

Feeling adventurous and looking for a sportive day? Then this extreme black water rafting tour is a must-do for you! Our experienced guides are ready to accompany you on an unforgettable journey through Ruakuri Cave.

At every stage you will be accompanied and supported by experienced caving guides. The guides know and love this unique and mind-blowing environment.

The Maori legends state that a young Maori hunting for birds first discovered Ruakuri Cave (rua = den; kuri = dog) 400-500 years ago. Wild dogs attacked him just outside the original cave entrance. The cave was re-opened in 2005, and is now an amazing example of natural cave structure and engineering.

How the caves were formed

The Waitomo Caves and neighbouring Ruakuri Caves are located in an area full of limestone rock. The cave structures began to form around 30 million years ago from the bones and shells of marine fossils. They collected on the sea floor and then hardened into sedimentary rock. At the same time the earth shifted and volcanoes erupted. It made huge slabs of limestone lift out of the sea. Over the centuries, water flowed through cracks in the rocks, widening them into larger and larger channels until huge caverns were formed.

Ruakuri Cave has an abundance of glowworms. It is filled with beautiful stalagmites and stalactites formed over millions of years. Another natural wonder includes softly folding shawl-like formations which are formed by flowing rivers. Fossilised seashells indicate how the caves were part of the seabed a long time ago.

One of the major sights is Holdens Cavern, which is named after James Holden. He was the first to open the cave to the public. Other sights include The Drum Passage, The Pretties, and The Ghost Passage.

The Waitomo and Ruakuri caves accommodate the larvae of a species of gnat called Arachnocampa luminosa. A glowworm that is unique to New Zealand. These little inspects spend most of their life as larvae (juveniles). They only grow to the size of a matchstick. The effect of their twinkling lights is truly magical.

Ruakuri Cave has always been a spiritual place for local Maori. They originally used it as a sacred burial ground (wahi tapu).

The original public entrance to the cave went right through the burial ground. Today, the new spiral entrance ensures that visitors do not disturb this sacred place.

Shorts, t-shirts, a pair of socks and a towel